Why is Seattle the fastest-growing city in the US?

Why is Seattle the fastest-growing city in the U.S.?

Apr 27, 2015, 6:58am PDT
Share on Google +Share on FacebookShare on LinkedInShare on TwitterEmail this article
Save Article
Order Reprints
Print 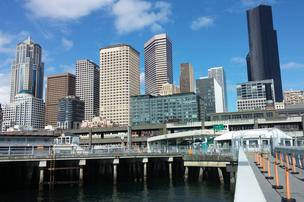 Home of the Day

Is Seattle Silicon Valley's next favorite stop? That was the headline in the national blog TechCrunch over the weekend for a story penned by Seattle's own Hadi Partovi, founder of Code.org.

In it, Partovi argued that the Seattle region has changed dramatically in the last 10 years, and that it has become a powerhouse for technology development. Not only does the region have the big guys – Microsoft and Amazon – it has filled out in the middle with companies such as Zillow,Zulily, Tableau and Expedia, and has a vibrant startup community.

The PSBJ is also in the midst of looking backward at the past while we contemplate the region's future for our 35th anniversary edition. We asked readers why they thought Seattle was the fastest-growing city in the U.S. Technology, they responded, was the biggest driver of growth. So far 54 percent of respondents have said the region's designation as a technology mecca has the largest impact.

But it's not just the tech scene: 32 percent of respondents said the region's quality of life and natural beauty were major drivers of the growth as well.

Despite the tight housing market, homes are still cheaper here than in many other tech-centric cities, such as San Francisco and New York, which is likely also a factor.

What do you think is driving the region's growth? Take our poll or let us know in the comments.